‘Bangkok, Oriental setting
And the city don’t know that the city is getting’  Chess

It probably does actually.  The original lyrics are about a chess game between Russia and America at the height of the cold war.  That’s far more dramatic than the sleepy arrival of an increasingly pink English person.

It’s my first day here, it’s 20 past eight and soon I’ll be heading back to bed.  I hadn’t managed to sleep much on the flights, I got maybe two hours altogether. So there was a long taxi ride, got dropped off on the wrong road, so had a little wonder around the busy streets asking bemused looking Thai people to direct me to the right road.  Eventually I got here, had a sleep, a shower and then went off for a walk around the city.

I dozed off on the plane watching Philidelphia (Jet Airlines has a Denzel Washington special video list) and this was what greeted me as I woke up.

Further along this was the sunrise: 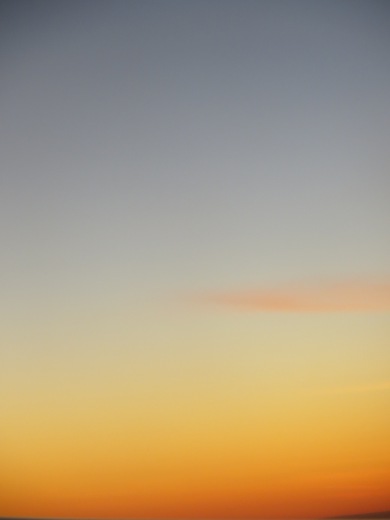 Obviously there’s a lot of political unrest at the moment.  There are protests, elections being disrupted, people being hot, so I am quite wary as a lone female traveller, but not really any more so than I would anywhere else. One guy was trying to encourage me to go with him to the tourist information as he would get some money from the government for taking me, but the tourist information is near the parliament where it’s all going on, so I politely told him no. 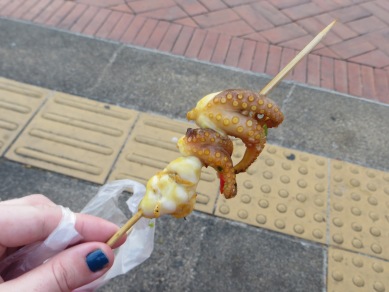 I bought my ticket for the boat and waited on the floating pontoon.  There I met 4 English girls on their own adventure – Fiona, Lily, Kate and Laura (Sorry if Laura’s not actually called Laura.  Really should have written things down!)

Lily has eagle eyes and spotted someone who may or not be famous.  He is.  I took a sneaky picture, as you do, then he and his friends headed our way and he got chatting.  He’s been bitten by a lizard and suggested making sure that we head to a decent elephant place when we go north.  And because it’s what I do, I got myself a picture.  So here you might recognise Dominic Monaghan from Lord of the Rings and Lost.  I’ll ignore the fact that I look like a beetroot.  I’m acclimatizing.