When I was younger, maybe 8 or 9, I loved anything on TV that involved Tony Robinson – obviously Blackadder, Maid Marion and her Merry Men and Time Team but he also did a fantastic show based on Bible stories called ‘Blood and Honey’.  I would go every week to the library and borrow the cassette of ‘Odysseus the greatest hero of them all’ that was written by Robinson and Richard Curtis, read by Robinson.  I’m not sure if anyone else got to borrow it much because I always had it.  I’m not sure how it survived so many listens.  I loved the way Robinson read it, doing all the voices and putting in all the drama, just like he did on the telly.

Mum and Dad must have been sick of listening to it over and over, because for Christmas that year they got me two new story tapes – The Light Fantastic and Equal Rites.  Of course, they were read by Tony Robinson, and so in a round about way I was introduced to the brilliant world of Terry Pratchett.  I’m not sure that my parents knew what they’d introduced me to.

I’m not going to pretend that I understood much of what was going on with The Light Fantastic, since it carried on with a book I’d not heard (they got it for me later on) but I loved it.  Partly because of the storyteller, but mainly because I loved the idea of a luggage box like the one we kept videos in that had thousands of little legs, would bite at people and did pretty much what it wanted.  There was Rincewind the wizzard who was completely useless but things seemed to work out for.  Twoflower, the discworld’s first tourist, Cohen the Barbarian who hated soup because it was all he was ever given as he had no teeth…. 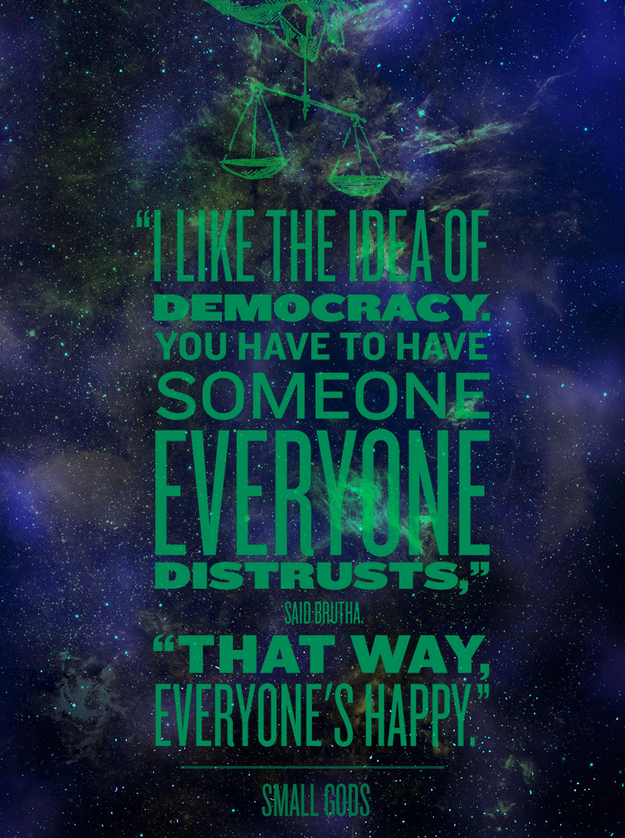 Equal Rites introduced me to Eskarina and Granny Weatherwax. Esk is the 8th ‘son’ of an 8th son and is destined to be a wizard, the only problem being that she is born a girl and not a boy as thought by a dying wizard looking to pass on his power.  Esk grows up with powers and tries to get into the male dominated Unseen University, but can only do so under the guise of a servant.  Perhaps she was my first feminist icon…

In more recent years I’ve read the 4 books of Tiffany Aching, a young witch who we follow from 9 to 16 as she grows in her powers and knowledge. They are among my favourite children’s books and I’ve read them to my classes before.  The mixtures of fairy tale, folk tales and a girl who knows her name isn’t quite right mixed with a bunch of tiny blue men with the voices of Billy Connelly are magical and pure genius.

I went on to read nearly all of the Discworld novels, I’ve read all the Long Earth Series that he wrote with Stephen Baxter, I read Strata, which I unwillingly pinched for a short story in year 8.  The school librarian once told me that she’d never known a student borrow more books from the same author other than the Point Horror Stories (that was probably me again).  Terry Pratchett’s novels helped me win the prize at school for most books read in a year (120, I was a fast reader, but then his books were easy and pleasurable to read). 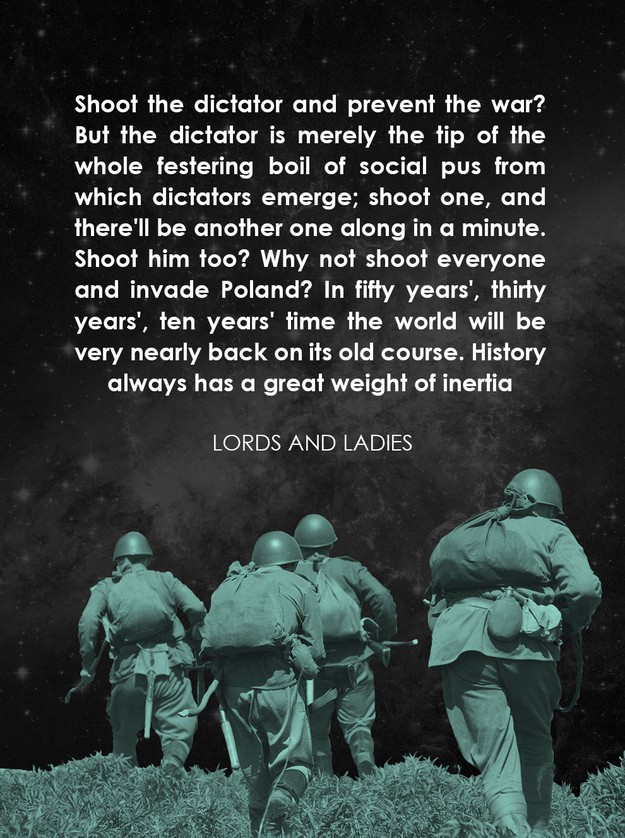 I met him once, I think I was about 11. Mum took me to Ottakar’s in Banbury and looked on anxiously as I picked out books to by for him to sign for me.  She’d put Wyrd Sisters by to get signed in case we couldn’t get away from school in time.  I waited in line then when I got to the front I asked if he got the idea for the world being on the back of the turtle from Polynesian mythology and he said that it was found in lots of different cultures.  I went away perfectly happy, but Mum was annoyed and thought he’d been a bit rude and could have acknowledged that probably not that many 10 year olds in the Banbury area would have any idea about Polynesian mythology… So I took this as a slight and couldn’t read his books for about 2 years.  But thankfully I got over that and picked up the books again, re-reading the ones on my shelves and trawling through the library for ones I’d missed or the inevitable new release.

I was the only Terry Pratchett fan in my immediate family (that I know of) and for years I didn’t know that any of my friends were.  Perhaps it was because it was fantasy and that’s not really cool, I don’t know, but eventually in 6th form and at university I discovered more and more people I could talk about his books with.

I find myself coming back to them again and again, finding familiar friends among the pages, new jokes and insights with each re-read, my developing understanding of the world helping me understand more of the subtleties of these incredibly well written books.

I didn’t hear of Terry Pratchett’s death until 10pm this evening, as I still have the type of mobile that wouldn’t be out of place on the Discworld – it probably has an imp in it, stubbornly refusing to have anything to do with the internet – but when I did I was incredibly sad for him, his family, but also for the world, because beyond the publication of The Long Utopia later this year, we will have no more stories from him.  No more Sam Vines, Moist von Lipwig, Tiffany Aching, Lord Vetanari.  But I’ve not read every book of his yet, so there’s still new stories for me to discover and when I’m done, I’ll go back and re-read the old books and see what I missed before. 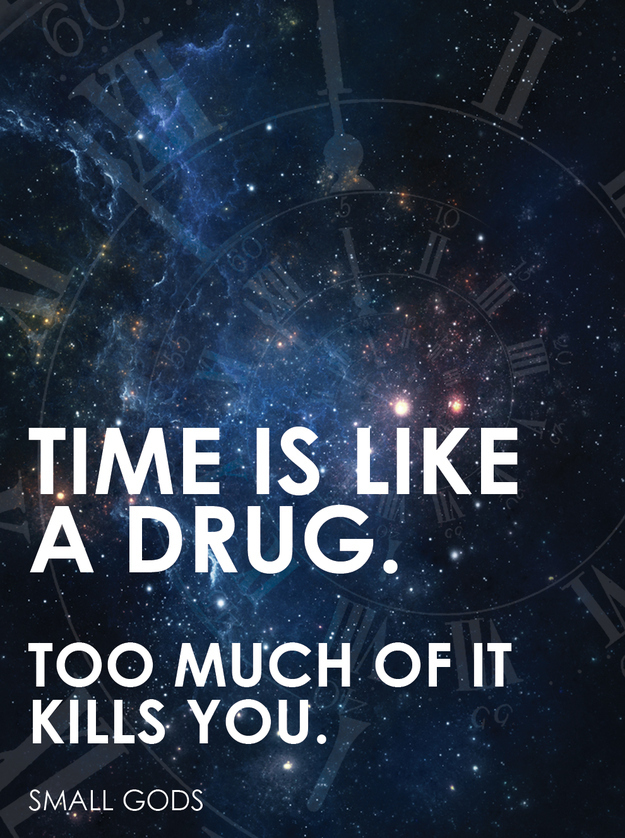 My facebook feed is full of people sharing their sadness at the loss of a stranger who touched their lives.  Many are sharing quotes and I don’t think I’ve seen the same one twice yet.  There are pictures of book cases filled to bursting with spines showing his name.  I saw the last tweets from his account and they made me cry a little. I have no doubt that his words have helped shape my views on life. 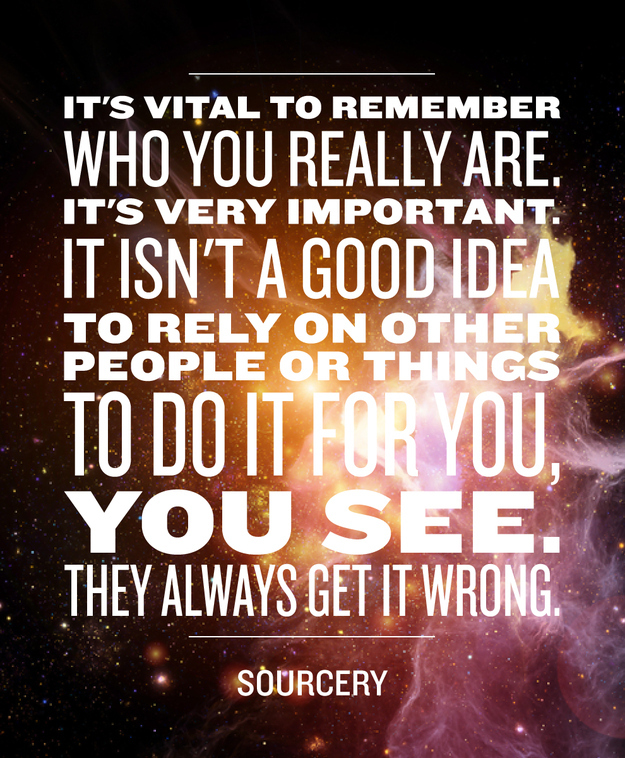 Neil Gaiman is obviously one of the best people to leave this with:

“As Terry walks into the darkness much too soon, I find myself raging too: at the injustice that deprives us of – what? Another 20 or 30 books? Another shelf-full of ideas and glorious phrases and old friends and new, of stories in which people do what they really do best, which is use their heads to get themselves out of the trouble they got into by not thinking?…

“I rage at the imminent loss of my friend, and I think, ‘What would Terry do with this anger?’ Then I pick up my pen, and I start to write.”

May we all strive to be potatoes of defiance.