When you start school, you are placed in a class with other children born at roughly the same time as you, in the same area.  You may be in the same class as those children for the next 6 years, maybe even longer.  They become your friends and you may lose touch with some of them over the years, or you may still be talking about when Ryan and James jumped into the lake and got soaked 25 years later.

If you go to stay in halls at university, you get placed with people from all over the country and live with them for at least a year.  You become friends through your living situation, the experience of moving away from home for the first time and dealing with all the things that come with having to become an adult for the first time.

You start jobs, you have hobbies, you make friends in a number of different ways, but it sometimes seems harder to do when you are older and move to a new place. I’ve been in Sheffield for 4 years now and I have some lovely friends, but it’s always good to make more.

Last week, I went along to the second Girl Gang Sheffield ‘Speed Mate-ing’ event at Union Street.  I had planned to go to the first one but it was sold out, so I bought my ticket early for number two.  For those reading in the future and may not know, the UK was rocked by ‘The Beast from the East’ over the start of March this year and Sheffield did not escape the Siberian winds and the snow storms that covered the country, but that didn’t stop the ladies (and one gent) of the city and surrounding area from heading into town to make some new friends.

When I arrived I was greeted by Ellie, given a person bingo sheet, a contact slip and a sticky label to write my name on.  I got myself a lemon and ginger tea to help me warm up and chatted a bit to Karen who was at the same table as me and had some magnificent earrings made from keychains.

When everybody arrived we headed upstairs and had a go at the person bingo – you had a list of things that might apply to people – ‘has stayed up all night’, ‘doesn’t drink coffee’, ‘is going to a festival’, ‘is a Sheffield native’ etc.  We had to mingle around and find people who fitted one of the descriptions, but you could only use each person for one category.  I missed the beginning because I nipped to the loo but I managed to find 19 out of 32.  It’s a great idea for an icebreaker and you get to know a tiny bit about loads of people in a short amount of time.

Next up we were welcomed by the Girl Gang ladies, went over some rules and then got on with the first round of meeting people. 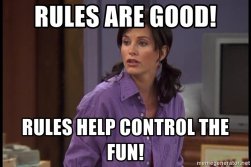 Now, this is where my ‘reporting’ will get a little hazy, because I was busy getting involved, rather than huddling in the corner with a notebook and turning into Mark from RENT (shout out to all you musical theatre fans!).  Also, I didn’t take any pictures for the same reason, but I’ll ask Girl Gang Sheffield if I can use some of theirs at some point. 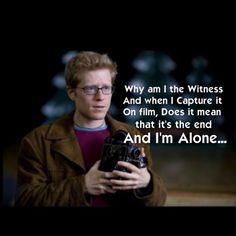 So from my hazy memory of all of 5 days ago, round one was either/or where you had to pick one of two options and move to the relevant side of the room to see what you had in common with people.  Unfortunately I am sometimes contrary and had to stick in the middle on occasions (for example, preferred peanut butter type, crunchy or smooth? I hate it so I hung out in the middle with the people with nut allergies!).  After each round we were encouraged to have a wander and team up with new people to get to know a bit about them as the evening went on.  There was a round of snog, marry, avoid with some very difficult ones to choose from.  We were given objects to try to ‘sell’ to your partner for one minute and, humble brag, I think I did pretty well selling a used candle.  Another round we had to describe our best qualities to the other person, which is always tricky as we are programmed to listen more to the negatives about ourselves.  There was a would you rather round with tricky questions like ‘Would you rather smell really badly but not be able to smell it or smell something really bad that no one else could smell?’  We suggested books and podcasts to each other, had a go at building a tower with straws and wine gums – well, my group just chatted and I ate the sweets.

I wasn’t great at collecting people’s contact details, which is sort of the point of going to meet new people, but I got some and can even remember stuff about them… for example:

Saba is not from Sheffield and works in publishing.  Josefine is from Denmark, I was not the only one to say ‘I know of a Danish comedian, Sofie Hagen!’, she gets to go on outings with her boyfriend’s family who are welcoming her to the country.  Kay is from Scotland and has eaten a whole tub of ice cream in one sitting (haven’t we all though?).

I had a lovely evening and then even ended up going to the pub with a few of the ladies and there is a plan forming to go to the cinema with one of them on Monday.